BEST Locations to Climb in the UK


Warning: Invalid argument supplied for foreach() in /home/trekaddictco/public_html/wp-content/themes/skiaddicts/single-parts/top-image.php on line 27

BEST Locations to Climb in the UK

The UK’s rugged northern landscape is ideal for climbers who put diversity and natural beauty above everything else.

Climbing spots of different level of difficulty can be found across the country, from the Highlands of Scotland to the shores of the English Channel, catering to all the different iterations of the sport, from traditional climbing to bouldering and soloing.

Best for: Climbers of all levels of skill

Set within the stunning rock formations overlooking the English Channel, Portland Bill offers a wide range of rock climbing experiences for climbers of all level of skill and experience.

Portland encompasses some of the most widely-known climbing routes in the UK, with Blacknor North on the west for seasoned climbers and the Cuttings for beginners at the east coast of the island.

If you prefer bouldering, check the area around the island’s Lighthouse.

Perfect for both bouldering and conventional climbing, Almscliff Crag dominates the top of a small hill by the small town of North Rigton, in Yorkshire and is rightly ranked among the best climbing locations in the area

Most popular with intermediate climbers, with Parsons’ Chimney, Black Wall Eliminate, and the Wall of Horrors being the most interesting.

Best for: Climbers of all levels of skill

Being home to the highest peak in Wales (more than a 1,000 metres high), the Snowdonia National Park naturally ranks high on our list of the top climbing spots in the UK.

Affording majestic views of the Welsh countryside, the slopes and ridges of the Snowdon mountain cater for all.

Most first-timers start off from the Ogwen Valley, beginners opt for the Idwal Slabs and Tryfan routes. 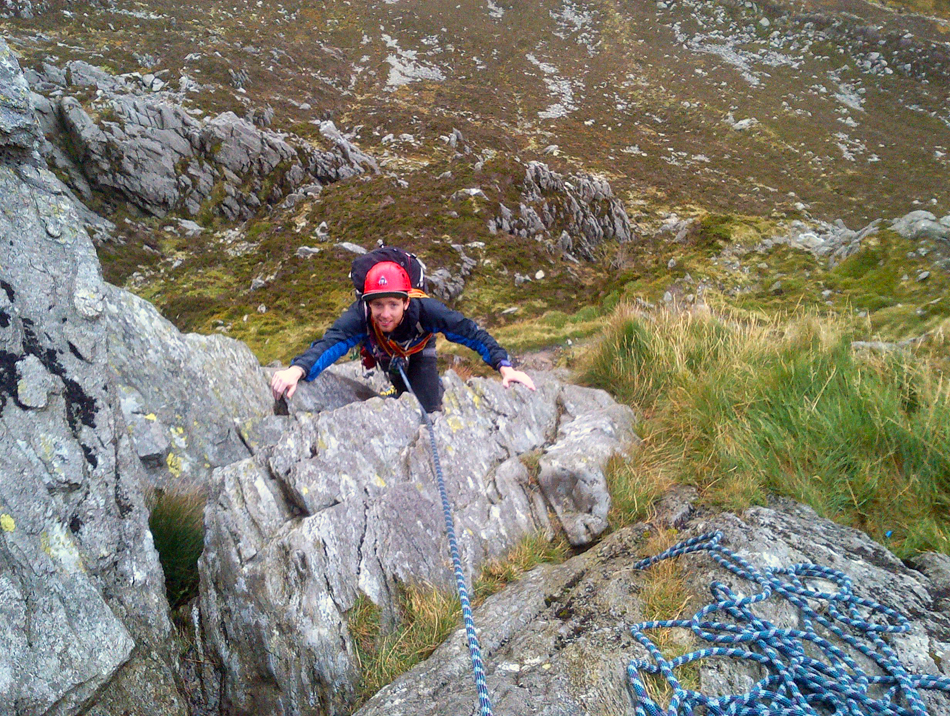 Those among you craving more of a challenge should try the Lliwedd Crag, by far the most massive cliff in both England and Wales. 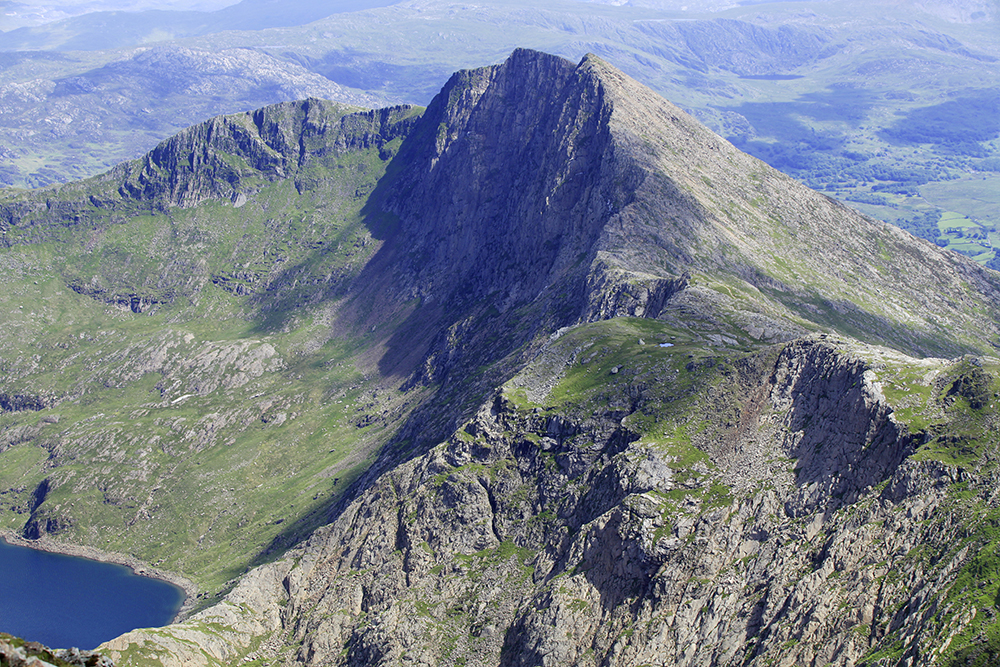 The mix of routes offer the chance for tidal climbers to have fun and intermediate climbers to sharpen their skills.

They provide exciting routes for both rookies and intermediate climbers with its bizarre tunnels, oddly shaped edges and distinctive arches, as well as almost a thousand, roped and bouldering challenges. 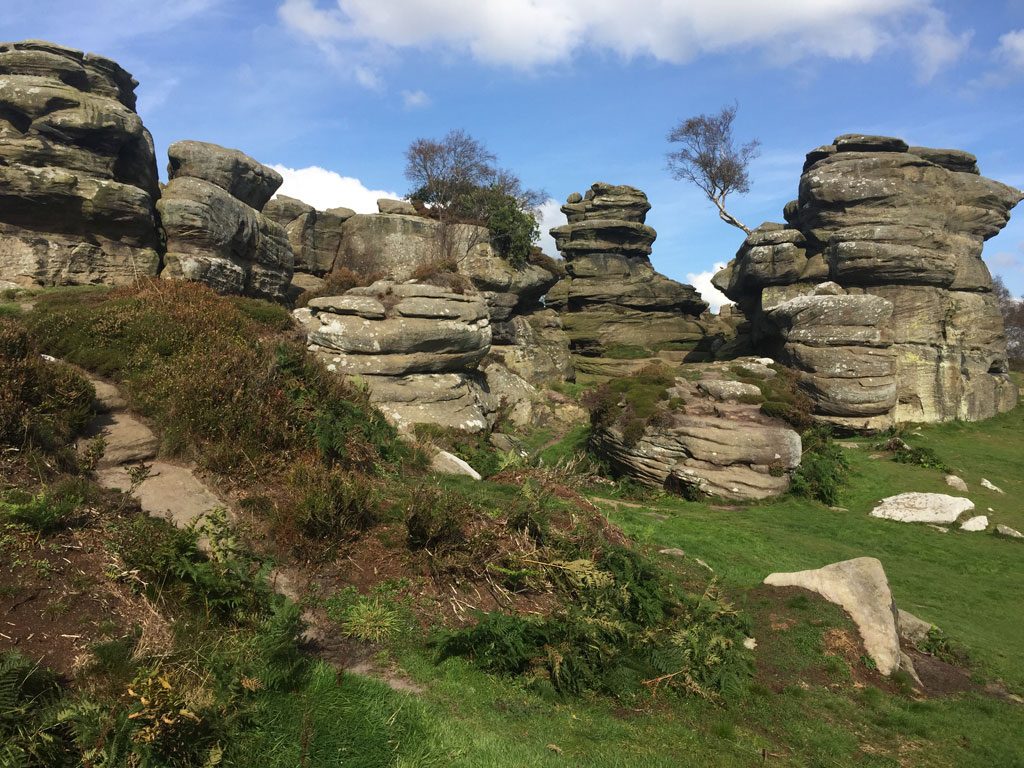 An awe-inspiring sea stack rising a such as 140 metres above sea level, the ‘Old Man’ withstands the fierce smashing waves of the Orkney archipelagos at Scotland’s northern shores.

Its fiery colour, steep cut and staggering height rank it among Britain’s tallest formations of the kind.

What makes it even more fascinating is that The Old Man is doomed to give in to the salt water’s eroding might within the century, so you had better pay your respects; the views will prove most rewarding. 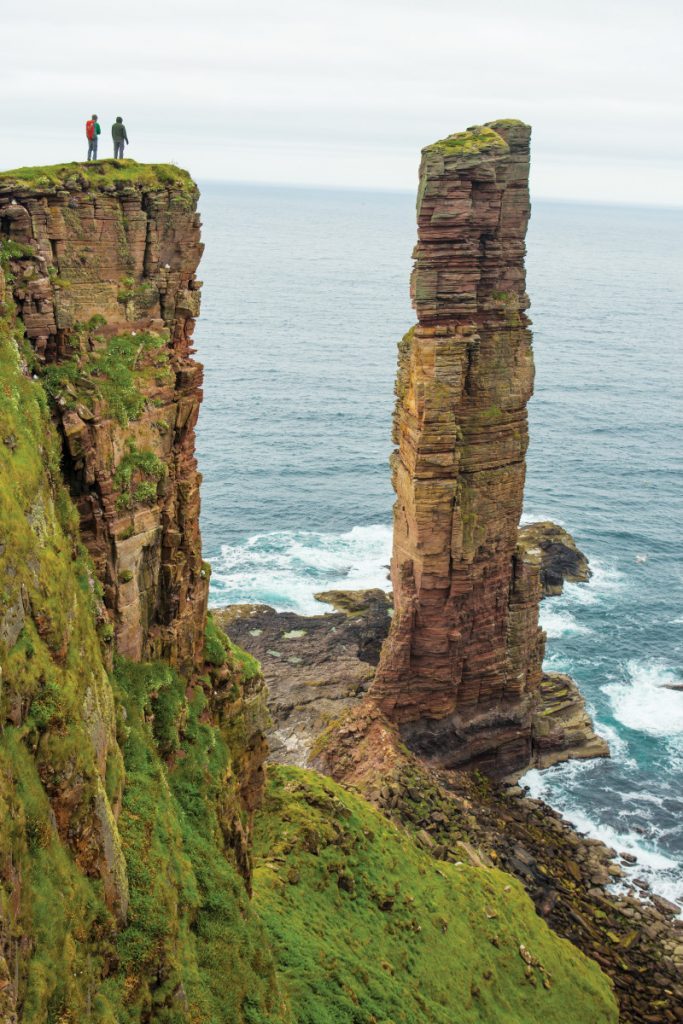 Best for: Beginners and intermediate climbers

Considered by many as the cradle of rock climbing, the Lake District could not be missed from our list.

Starting from the Shepherd’s Crag – an excellent spot for inexperienced climbers – and moving on to the numerous intermediate routes or the multi-pitch climbing challenge through the Little Chamonix route. The Lake District will take your climbing skills to the next level.

The Napes Needle, the emblematic rock formation first climbed in 1886, was back then a life-threatening venture, but today’s equipment makes it a relatively easy task for climbers with reasonable experience. Still, mastering such a historic site is a thrilling experience. 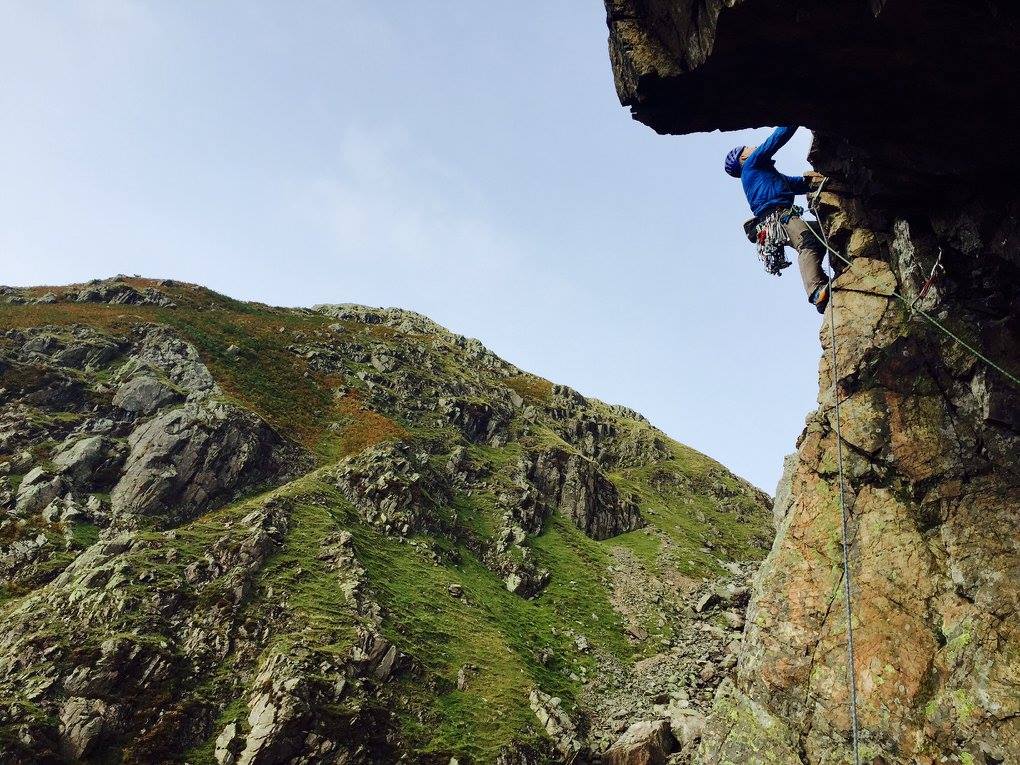 The Peak District’ first-rate graps has turned it into a magnet for climbers of all levels.

Offering more than a thousand different climb routes, some excellent bouldering and mesmerising views of the surrounding landscape, the Stanage Edge escarpment rises as high as 500 metres at its peak, gaining fame as one of the most interesting line of cliffs in the area.

Inexperienced climbers can master the basics at the 25-metre high edge before tackling the numerous routes available.

Best for: Beginners and families

Holding Sway in the south of Britain as the biggest sandstone crag, Harrison’s Rock is a well-known haven for climbers for its diverse routes.

Suitable for rookies and relatively experienced climbers, the route is perfect for families who wish to learn how to conquer the steps together.

Note that lead or trad climbing are strictly forbidden due to the friable bed of rock. Besides, such techniques are barely needed, since climbs barely reach a 10-metre height. 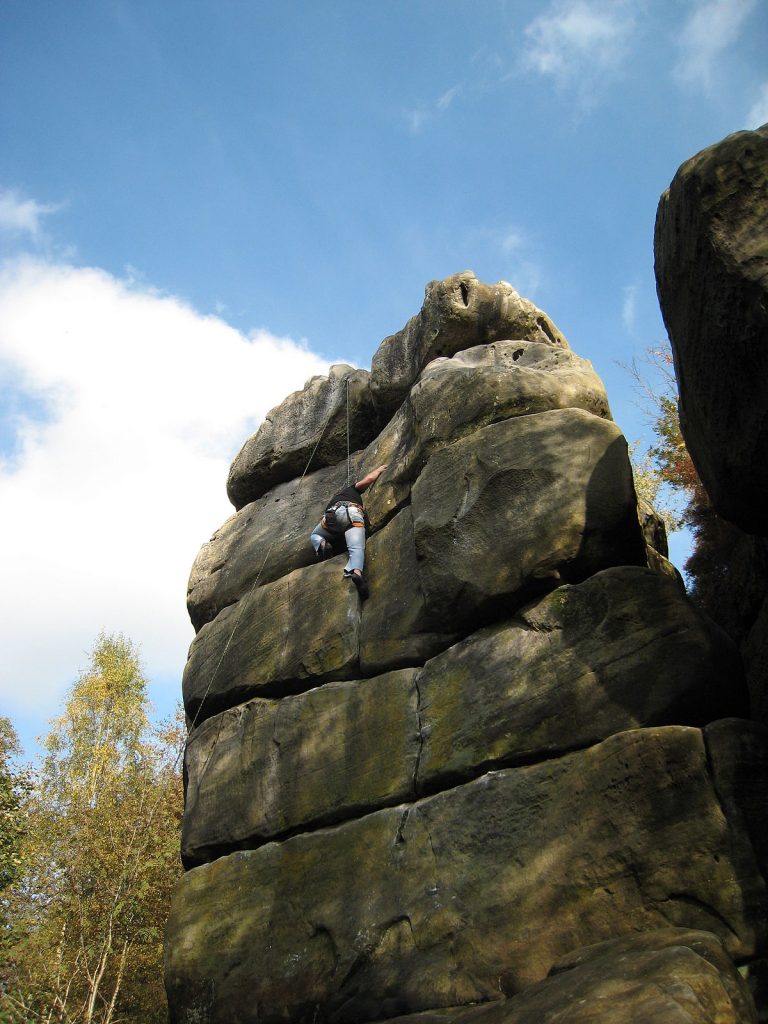 Best for: Intermediates in seek of more adventurous climbs

Anglesey’s Gogarth cliffs provide a challenge to competent and reasonably experienced amateur climbers. It never ceases to amaze with its unpredictability. 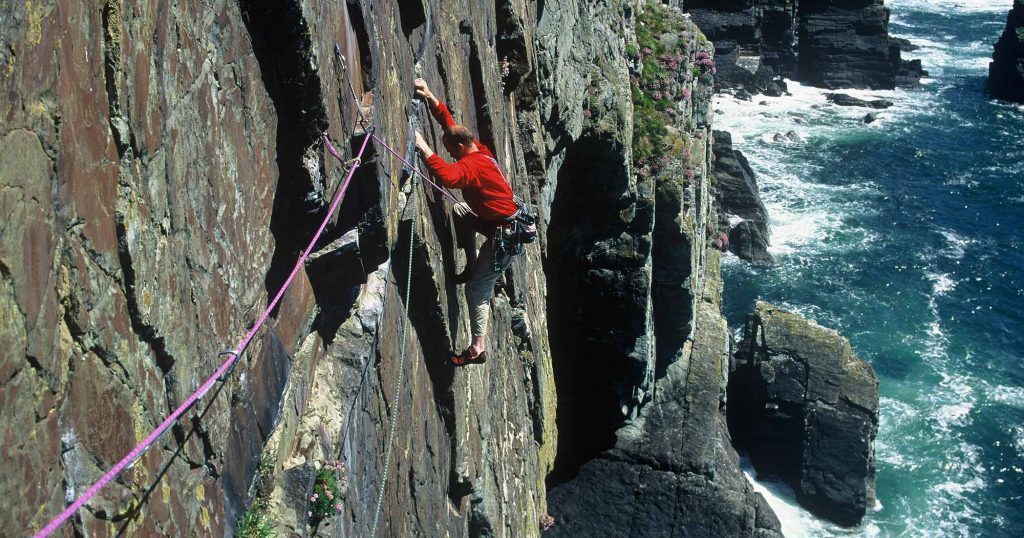 Best for: Climbers who love hanging above water!

Striking limestone cliffs looming over the waves smashing against the bedrock of St George’s channel, and a chance for you to hang over them by a single grip of your hand – intriguing, isn’t it?

Across the Pembrokeshire shoreline, you may find a significant number of fascinating climbs, with Saddle Head standing out as the most exciting one. 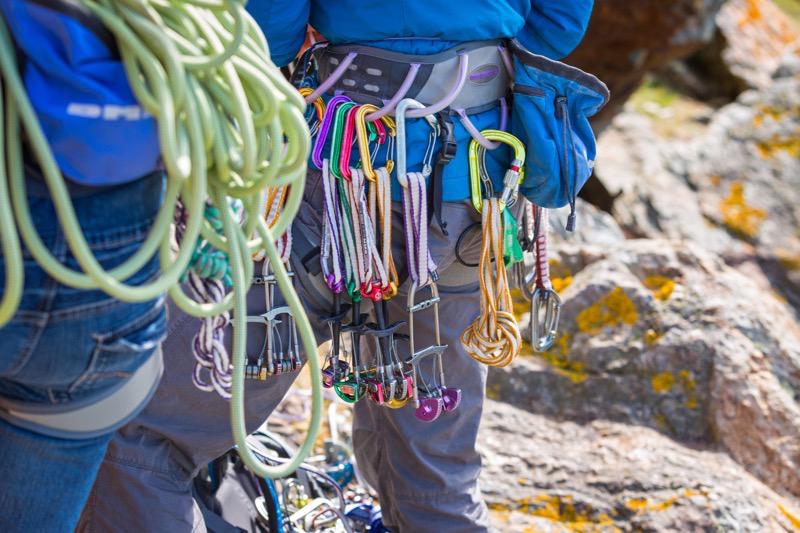 Described as the “epicentre of winter climbing in Scotland”, the Cairngorms in the eastern Highlands feature spotless granite formations and corners ravaged by vicious winds.

If you deem yourself experienced enough to climb under such circumstances, then winter ascents to the Cairngorms are just incredible, providing another fascinating element to your adventure. 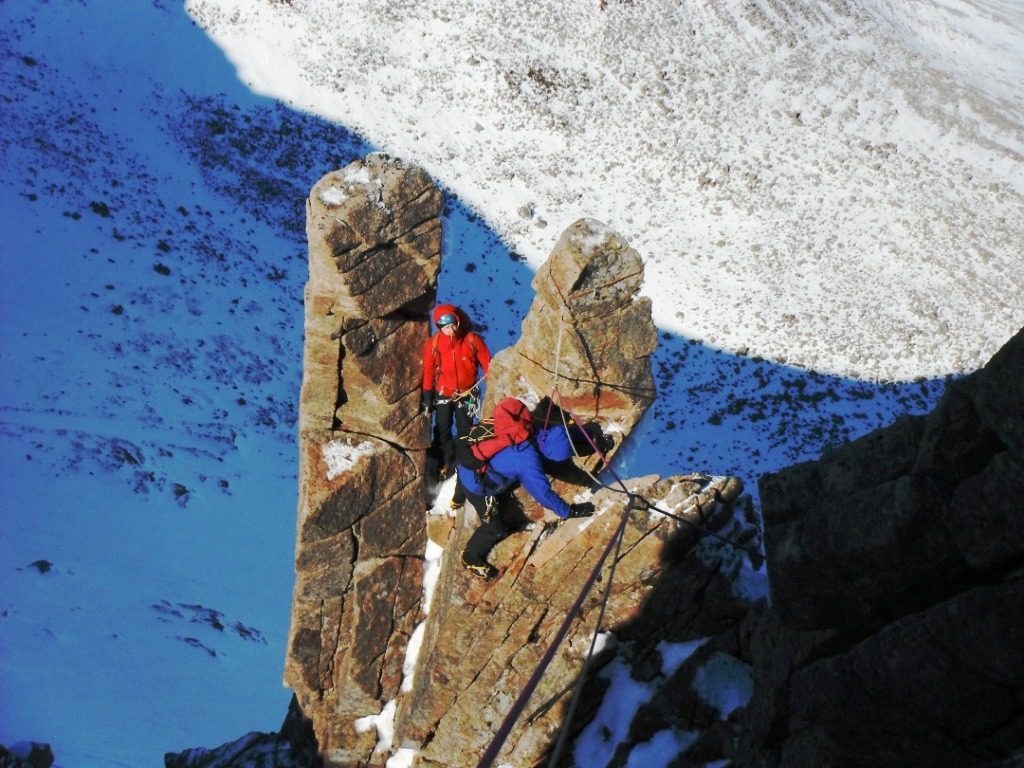 Born out of a glacier dating from the last ice age, Glen Coe is nothing less than the ultimate natural asylum for climbers who adore sceneries of wilderness and seclusion. The possible routes are next to innumerable, and best suit the skills of confident intermediates and seasoned climbers.

The area is swarmed with climbers during the winter mainly because of its staggering 800-metre height and reliable snow cover.

You can also combine it with some great skiing and snowboarding. 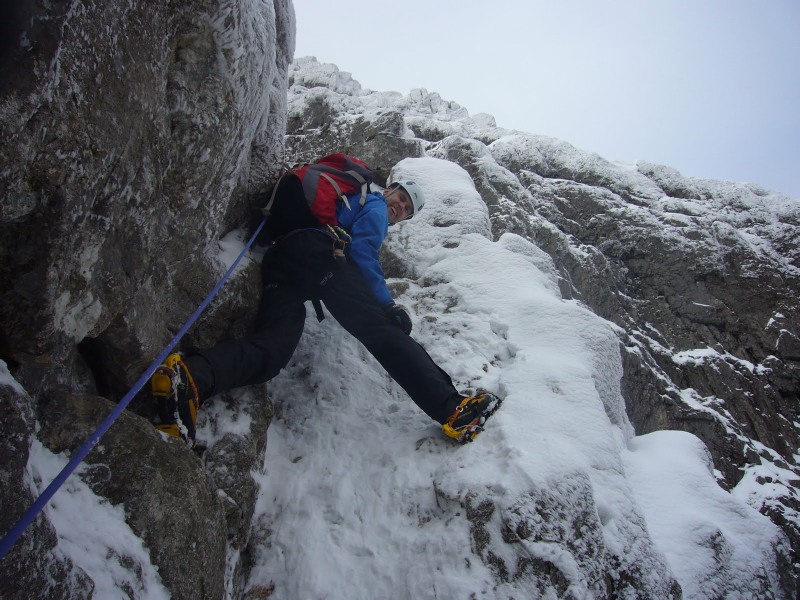 Cheddar Gorge offers ardent climbers more than 300 different climbs in around 30 crags, thus guaranteeing a rare diversity and sublime views of the surroundings.

Almost half a kilometre high, the Gorge is far from a playground for rookies. Most of the climbs can only be mastered by skilled intermediates and advanced climbers. 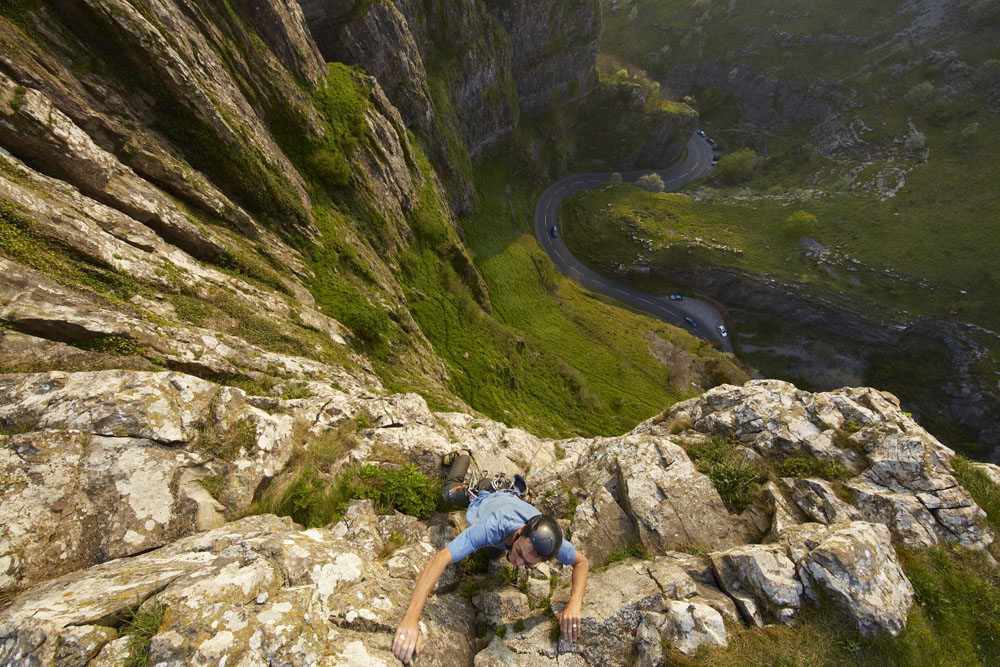 Featuring some of the UK’s best sport climbing, this 70-metre high rock-front with its curved, white-washed cliffs has what it takes to dare even the most accomplished and well-prepared climbers.

Consecutive layers of immense blocks of ice have torn up the Cove’s face, deeply eroding it down to the waves. Malham Cove’s front demands your respect regardless of your previous experience.

A friendly tip: better visit the place during the summer, since only then one can marvel at the famous nest of peregrine falcons that had made the place their home. 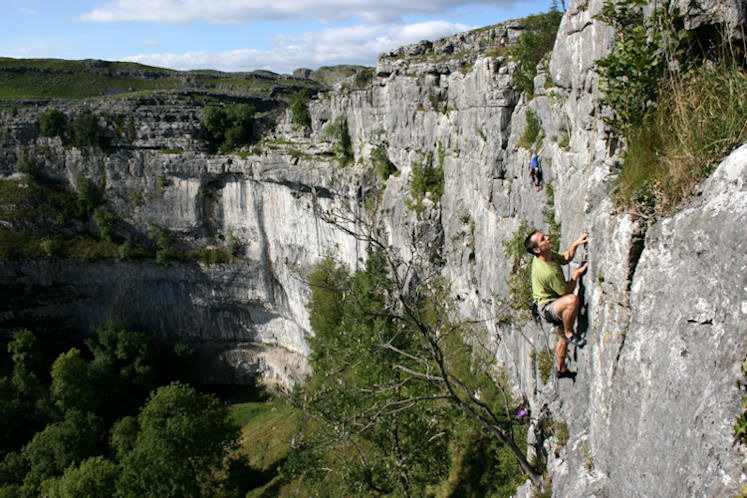 10 Unforgettable Walks in the UK

King Alfred’s Way – New 350km Off-Road Bike Route Across Southern England
The pandemic may have altered our demand for foreign travel but has not diminished our appetite for adventure. Luckily, there’s no need to head overseas

Hiking Solo as a Female: Is It Safe?
Solo hiking in the wilderness can be intimidating. What if you get lost? Or injured? Who will help you put up your tent in that howling storm? But

Best Backpacking Water Filters for the UK in 2020 (November Update)
When you’re heading out into the backcountry, taking enough water for a multi-day trip simply isn’t an option. The beauty of being out in nature is that

Trail Etiquette: Hikers’ Right of Way
Whether you’ve been hiking for years or you’re gearing up for your first trek, it’s worthwhile brushing up on your trail etiquette. After all, it’s

Best Walkie Talkies for the UK in 2020 (November Update)
Walkie talkies, known also as two-way radios, are incredible pieces of gear that are necessary for anyone heading off into unchartered territory. A

Top 10 Day Hiking Essentials
You’ve picked out and researched the trail, noted down all the important details like distance, conditions, elevation and logistics, and you’re rearing to

Best Trail Running Shoes for the UK in 2020 (November Update)
Trail running combines running and hiking on unpaved surfaces whilst getting back to the heart of nature. It works the legs and upper body and is far more

Everest Guiding Company Sued for Not Summiting!
An argument has begun which threatens the very nature of guiding on the highest peaks. Mountaineering guide Garrett Madison and tech CEO Zachary Bookman
©Copyright 2020 - trekaddict.co.uk